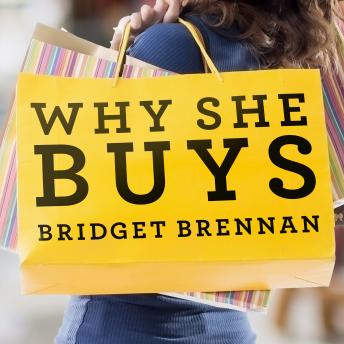 Why She Buys: The New Strategy for Reaching the World's Most Powerful Consumers

Women are the engine of the global economy, driving nearly 80 percent of consumer household spending in the United States alone. They hold the purse strings, and when they've got a tight grip on them as they do now, companies must be shrewder than ever to win them over. Just when executives have mastered becoming technology literate, they find there's another skill they need: becoming female literate.

This isn't always easy. Gender is the most powerful determinant of how a person views the world and everything in it. It's stronger than age, income, or race. While there are mountains of research done every year segmenting consumers and analyzing why they buy, more often than not it doesn't factor in the one piece of information that trumps them all: the sex of the buyer.

It's stunning how many companies overlook the psychology of gender when we all know that men and women look at the world so differently. Bridget Brennan's Why She Buys shows decision makers how to bridge this divide and capture the business of the world's most powerful consumers just when they need it most.

Why She Buys: The New Strategy for Reaching the World's Most Powerful Consumers