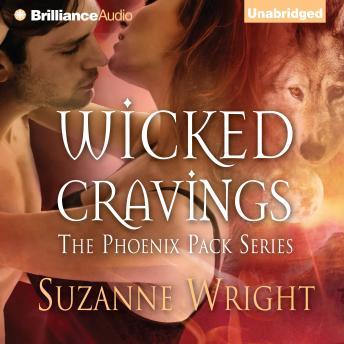 For years, wolf shifter Jaime Farrow has harbored a not-so-secret crush on gorgeous Dante Garcea. But the time has come for Jaime to face facts: despite her best efforts, Dante just isn't interested. And that's probably for the best. The last thing Jaime needs is for anyone - particularly Dante - to find out about her little "problem." The one that haunts her past and threatens to destroy her and everyone she loves... As the pack Beta, workaholic Dante Garcea doesn't have time for distractions - especially the kind promised by Jaime Farrow. It's all he can do to keep her at arm's length and his desire at bay. Yet when her flirtations abruptly end, Dante becomes suspicious. She's hiding something, something big, and unless he can convince her to trust him, their entire pack could be in danger. He knows hot-headed Jaime will resist him...but Dante never takes no for an answer.