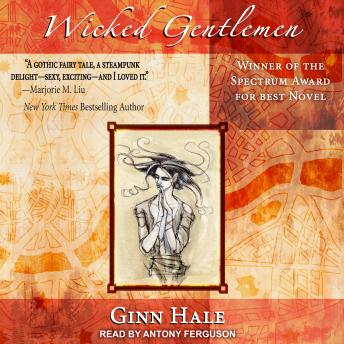 Belimai Sykes is many things: a Prodigal, the descendant of ancient demons, a creature of dark temptations and rare powers. He is also a man with a brutal past and a dangerous addiction.

And Belimai Sykes is the only man Captain William Harper can turn to when faced with a series of grisly murders.

But Mr. Sykes does not work for free and the price of Belimai's company will cost Captain Harper far more than his reputation.

From the ornate mansions of noblemen, where vivisection and sorcery are hidden beneath a veneer of gold, to the steaming slums of Hells Below, Captain Harper must fight for justice and for his life.

His enemies are many and his only ally is a devil he knows too well. Such are the dangers of dealing with the wicked.