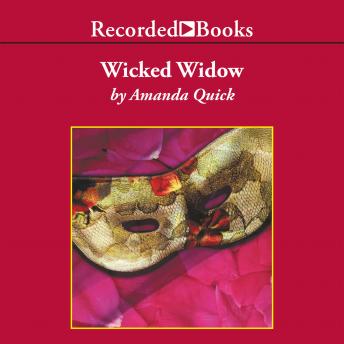 With over 25 million books in print, best-selling author Amanda Quick is a favorite of readers who relish historical romances. In her works, including Mistress, Mischief, and Affair, Amanda Quick offers delicious romantic thrillers set in the opulent world of Regency-era London. The widow Madeline Deveridge is both admired and feared by Society. Devastatingly beautiful, she is rumored to have killed her wealthy husband. Artemis Hunt is a handsome gentleman who is also a master of secret arts. His concentration on his own affairs is shattered, however, when Madeline demands his help one fog-shrouded night. Brought together by a mutual bargain-and a ghost-their bond sparks an attraction that will be far more dangerous than either suspects. Noted for her spirited performances of Amanda Quick's novels, narrator Barbara Rosenblat captures each nuance of the two heroes' intelligence and passion.

This title is due for release on February 24, 2012
We'll send you an email as soon as it is available!