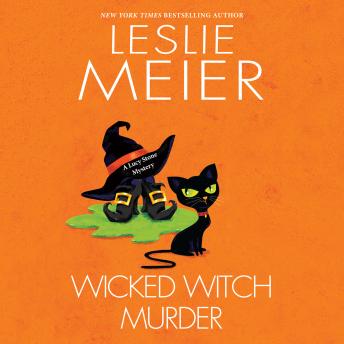 When the bewitching Diana Ravenscroft comes to quiet Tinker's Cove and opens Solstice, a quaint little shop offering everything from jewelry to psychic readings, Lucy Stone writes her off as eccentric but harmless. Even after Diana gives her a disturbingly accurate reading, Lucy can’t help but befriend the newcomer. But not everyone in town is so enchanted. And when Lucy stumbles upon a dead body near her home, she can’t shake the feeling that something ominous is lurking in the crisp October air... Convinced Diana is an evil witch, prominent businessman Ike Stoughton blames her for a series of recent misfortunes, including Lucy’s gruesome discovery and his own wife’s death, and rallies the townsfolk against her. But after Lucy learns the murder victim was a magician and close friend of Diana’s, she starts to wonder who’s really stirring up a cauldron of trouble. By Halloween, her suspicions lead her to a deadly web of secrets—and a spine-chilling brush with the things that go bump in the night.