The Widow: A British Police Thriller 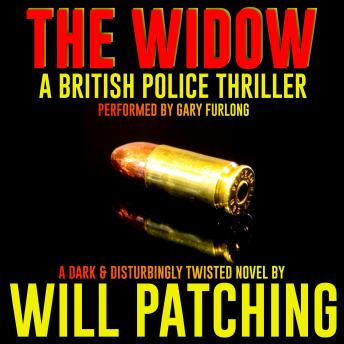 Written By: Will Patching

A brutally murdered husband. An abused wife who wanted him gone for good… Did the wealthy widow arrange his death—and can a disgraced detective discover the truth?

'Your husband is dead.'

Lorraine Rowe receives the news from an anonymous killer threatening her too—unless she pays an inflated fee for her estranged partner’s murder. Overwhelmed by fear and indecision, Lorraine struggles to survive as her carefully constructed life of lies begins to unravel.

Detective Sergeant Fiona ‘Fifi’ Fielding is fighting for her future after allowing her violent temper to jeopardise her career. Is it karma that dumps a man’s badly tortured corpse on her doorstep—or something more sinister? And will the ensuing investigation enable Fiona to redeem herself?

Both women have lived through traumatic events and have much in common, but when the truth-seeker meets the accomplished dissembler, events spiral inexorably towards a deadly climax.

This hard-hitting, twisted thriller weaves deception, misdirection and psychological torment into a page-turning tale of murder and mayhem that will keep you on the edge of your seat. Not for the faint-hearted.

If you like complex plots, strong female characters, and high-stakes murder mysteries with plenty of suspense, you’ll love Will Patching’s latest gripping novel.

Download The Widow today to uncover the truth behind a criminal’s veil of lies!

The Widow is the first dark and disturbingly twisted novel in a loosely-linked series inspired by The Seven Deadly Sins:

This dark and disturbingly twisted British Police Thriller features Detective Sergeant Fiona ‘Fifi’ Fielding who made her debut in Mutilated, book two in The Remorseless Trilogy.

This title is due for release on April 24, 2021
We'll send you an email as soon as it is available!