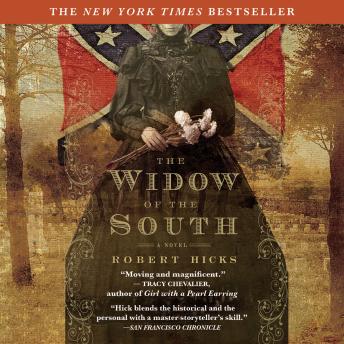 The Widow of the South

Carnton Plantation, 1894: Carrie McGavock is an old woman who tends the graves of the almost 1,500 soldiers buried there. As she walks among the dead, an elderly man appears--the same soldier she met that fateful day long ago. Today, he asks if the cemetery has room for one more. Based on an extraordinary true story, this brilliant, meticulously researched novel flashes back to 1864 and the afternoon of the Civil War. While the fierce fighting rages on Carrie's land, her plantation turns into a Confederate army hospital; four generals lie dead on her back porch; the pile of amputated limbs rises as tall as the smoke house. But when a wounded soldier named Zachariah Cashwell arrives at her house, he awakens feelings she had thought long dead--and inspires a passion as powerful and unforgettable as the war that consumes a nation.

Widow of the South