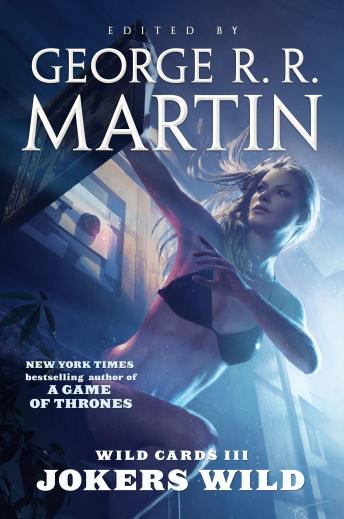 Back in print after a decade is Wild Cards III: Jokers Wild, featuring fiction by George R. R. Martin, Roger Zelazny, Walter Jon Williams, and others.

On September 15, 1946, the Wild Card virus was released, spreading a wave of mutations around the globe. 'Aces' were endowed with extraordinary powers, while 'Jokers' were cursed with bizarre mental or physical disabilities. September 15th is now Wild Card Day. With each passing year, the festivities become larger and more fevered. And 1986--the fortieth anniversary--promises to be the biggest Wild Card Day ever. But in New York City not everyone is celebrating: The Astronomer, a twisted, powerful genius, has been planning his own special festivities for Wild Card Day...a day of revenge against those who have opposed him....