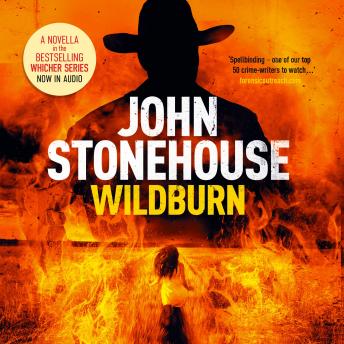 A Whicher Series Short ListenWild fire smolders in the drought-hit plains of Texas - Juanita Jones has skipped bail, missed a court appearance – before she can turn herself in, she’s mixed up in a full-blown murder.

US Marshal John Whicher has his own reasons for finding her – and proving her innocence. But where there's smoke is there always fire? Can anything stand in the path of a wildburn?


'A classic series in the making... I found the first book in the series compulsive reading. This one is even more compulsive.'  Amazon Reviews

'I've spent decades as a wilderness guide in the southwest, the author brings the badlands to life. One of the best mysteries I've read in years.' RJ Garn, Amazon Reviews, NM

'Fighting for lives that count, because they all count...' DJ Ryan, Amazon Reviews