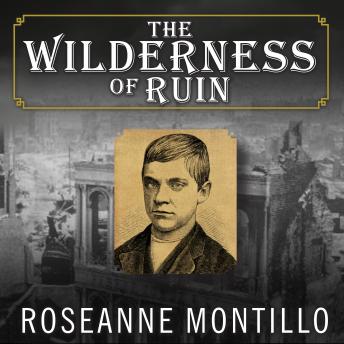 The Wilderness of Ruin: A Tale of Madness, Fire, and the Hunt for America's Youngest Serial Killer

In the early 1870s, local children begin disappearing from the working-class neighborhoods of Boston. Several return home bloody and bruised after being tortured, while others never come back.

With the city on edge, authorities believe the abductions are the handiwork of a psychopath, until they discover that their killer-fourteen-year-old Jesse Pomeroy-is barely older than his victims. The criminal investigation that follows sparks a debate among the world's most revered medical minds and will have a decades-long impact on the judicial system and medical consciousness.

The Wilderness of Ruin is a riveting tale of gruesome murder and depravity. At its heart is a great American city divided by class-a chasm that widens in the aftermath of the Great Fire of 1872. Roseanne Montillo brings Gilded Age Boston to glorious life-from the genteel cobblestone streets of Beacon Hill to the squalid, overcrowded tenements of Southie.

Wilderness of Ruin: A Tale of Madness, Fire, and the Hunt for America's Youngest Serial Killer