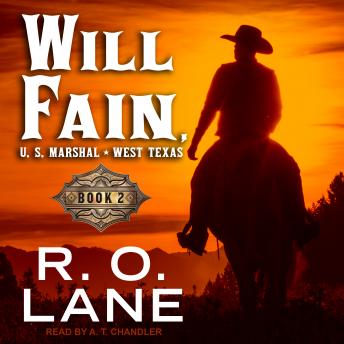 In this second book in the Will Fain, US Marshal, series, Will finds a hidden Spanish treasure on his property. He and Isum Wood, his chief deputy, search out murderers and rapists in wild Texas frontier towns like San Saba, Lampasas, Gatesville, and Comanche. They kill two murdering gamblers in Buffalo Gap, go on to the wildest of western towns, Fort Griffin, where Will's great thoroughbred stallion, Traveler, wins a stakes race, and then Will and Isum fight off a gang which wants to steal the race money. It's a great story of adventure on the west Texas frontier, but also a heartfelt relationship with wife Virginia, and two children, Jacob and Annabelle, that warms Will's heart and keeps him grounded. When a crew of buffalo hunters strike Will's ranch, he and Isum use the Gatling gun to fight them off and restore peace to the ranch.