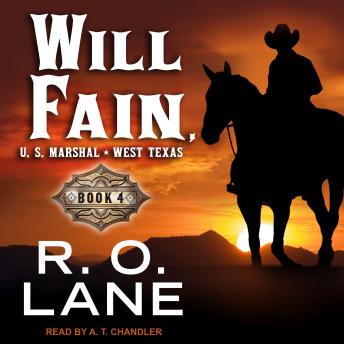 This is the fourth volume featuring Will Fain, a dedicated US Marshal in Texas who is asked by a federal judge in San Antonio to find Dick Muller, who murdered two Deputy US Marshals. Muller, also called Pie-eyed Dick, escaped into Mexico originally but is now working on a ranch in El Paso. Fain goes to El Paso, but Muller escapes once again into Mexico. Fain takes off his badge and goes into Mexico as a bounty hunter. He finds Muller, but before he can get back over the border, he is captured by Mexican Rurales and condemned to death. Fain faces a firing squad before his deputies, Isum Wood and Del Cole, come to the rescue.