Will to Live: A Detective Kay Hunter crime thriller 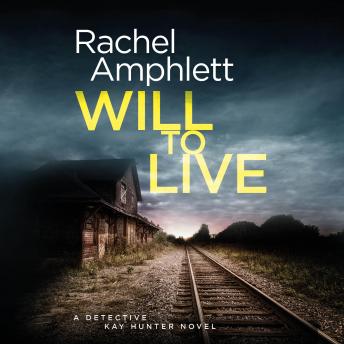 Your next journey could be your last...

When a packed commuter train runs over a body on a stretch of track known to locals as ‘Suicide Mile’, it soon transpires that the man was a victim of a calculated murder.

As the investigation evolves and a pattern of murders is uncovered, Detective Sergeant Kay Hunter realises the railway’s recent reputation may be the work of a brutal serial killer.

With a backlog of cold cases to investigate and attempting to uncover who is behind a professional vendetta against her, Kay must keep one step ahead of both the killer and her own adversaries.

When a second murder takes place within a week of the first, she realises the killer’s timetable has changed, and she’s running out of time to stop him…

Will to Live: A Detective Kay Hunter crime thriller