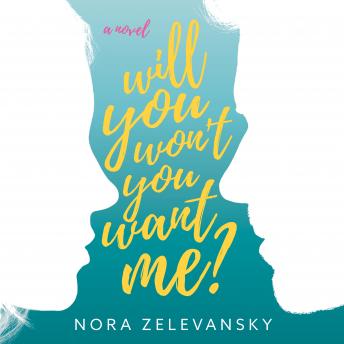 Marjorie Plum never meant to peak in high school. She was queen bee. Now, ten years later, she's lost her sparkle. At her bleakest moment, she's surprised by renewed interest from a questionable childhood crush, and the bickering with her cranky boss at a potentially game-changing new job grows increasingly to resemble flirtatious banter. Suddenly, she's faced with a choice between the life she always dreamed of and one she never thought to imagine. With the help of a precocious eleven-year-old tutee, who unknowingly becomes the Ghost of Marjorie Past, and a musician roommate, who looks like a pixie and talks like the Dalai Lama, Marjorie struggles with the ultimate question: Who does she want to be? Nora Zelevansky's Will You Won't You Want Me? is a funny, often surprising novel about growing up when you are already supposed to be grown.