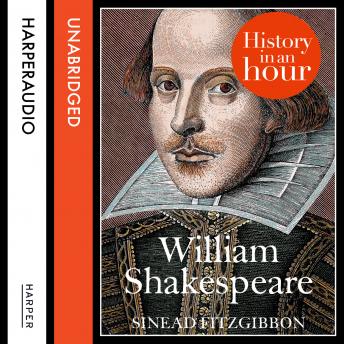 William Shakespeare: History in an Hour

In a writing career that spanned over twenty years during the explosion of poetic and theatrical creativity of late Elizabethan and early Jacobean periods, William Shakespeare produced a body of work that has become the bedrock of human thought, literature and language in English. His poetry and plays have endured for almost 450 years, such is their universal appeal and understanding of the human condition. And yet Shakespeare wrote almost nothing of himself. Who was this socially ambitious wordsmith who had neither pedigree nor university education? What was his family life like? How did he work?

Shakespeare: History in an Hour is the essential guide to the life of Shakespeare, his relationships, colleagues and his breathtaking works. From the Elizabethan world to which he was born, to the theorists and critics that continue to debate him to this day, this is the story of the most revered writer of all time.

William Shakespeare: History in an Hour