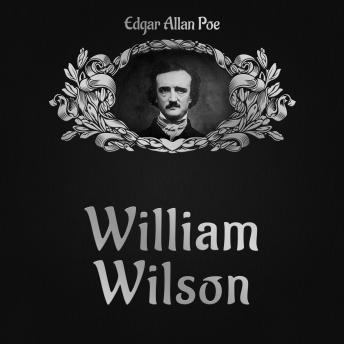 'William Wilson' is an 1839 short story by Edgar Allan Poe, set in London. The author explores the theme of the evil twin, as a precursor to later tales like 'Markheim' by Robert Louis Stevenson and Oscar Wilde's 'The Picture of Dorian Gray.' The protagonist, whose real name isn't exactly William Wilson, denounces his past while denying full responsibility for his actions. It all started at school when a boy with that name and the same birthday appeared in his life. The more the narrator sees of the other William Wilson, the more he dislikes him, particularly due to the other's derogatory manner. Always pursued and haunted by the other William, the narrator finally kills him, and then too late, realizes something ...