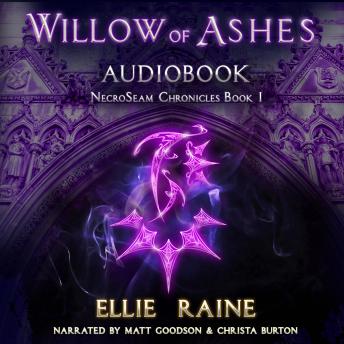 Five kingdoms face destruction. Two brothers fight to prevent it. Their epic adventure of magic, love, and loss will become an incredible legend.

The five realms of Land, Sky, Ocean, Dream, and Death have been at peace for centuries, but that peace is threatened when dark forces seek to break it. The Gods have chosen a champion to protect the world, yet unexpectedly that champion was born as twin necromancers whose magic was split at birth. Only together would they be strong enough to survive what's to come. But now one of them has died... and his soul became trapped inside his brother.

The coexisting twins embark on a journey across the five realms, determined to be normal again. But their quest of hope turns into a living nightmare when they stumble into an army of undead beasts that have been unleashed on the lands by a vicious sorceress. With the help of new comrades and a mysterious lady Reaper skilled with the scythe, they must fight for more than a new life. Now they fight for the future of the realms themselves.

Polish your armor and sharpen your scythes, this highly immersive fantasy is a deep plunge into a new world where magic is abundant, death has new meaning, and nothing is quite as it seems.