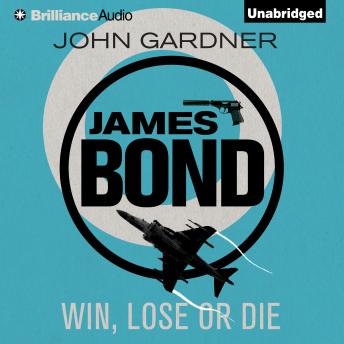 A deadly terrorist group is planning to attack a British aircraft carrier. On board will be the leaders of the UK, USA, and USSR, gathered together for a summit meeting. M promotes Bond to Captain and returns him to the Navy in order to prevent the most audacious ransom plot ever attempted. But Bond's involvement has not gone unnoticed. A stunning and lethal assassin has already been given orders to kill him.

007 finds himself caught in the middle of a massive war game. If he's to thwart the terrorists' death-dealing plot, he can't afford to trust anyone.

Win, Lose or Die is the eighth of Gardner's series of Bond novels and features Thatcher, Bush, and Gorbachev in a tense roller-coaster of a plot.