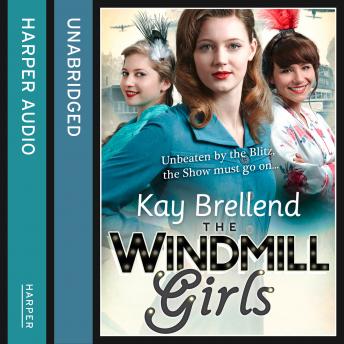 A compelling wartime drama from the author of The Street, perfect for fans of Pam Weaver and Kitty Neale.


The Windmill Theatre was one of the most famous clubs of the 20th century. Its heyday was during WWII when it famously ‘never closed’ and it became famous for its ‘tasteful’ nude performances. Dawn is a pretty and feisty blonde. Losing her job as a chambermaid, she goes to work as a dancer at The Windmill Theatre. Despite refusing to appear on stage naked, Dawn is taken on and soon gets a glimpse of London’s dark and seductive underbelly. She meets Olive, Renee and Rosie, women all with their own secrets to bear. Each of them will be have to draw on their courage to survive, not just Hitler and his bombs, but by the life they have chosen and the men that they cannot escape…