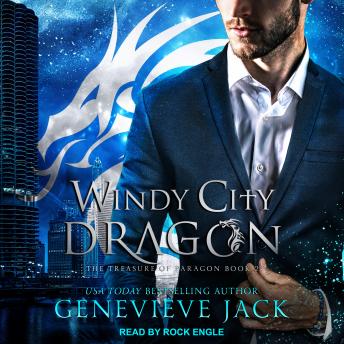 A dragon prince. A vampire heiress. A kiss that could bring Chicago to its knees.

It's been a long time since Tobias spread his wings. The exiled dragon prince has worked hard to blend into the human world and practice his love for healing as a pediatric cardiologist.

She awakens the dragon within . . .

As a vampire-human hybrid, Sabrina is used to being different from the rest of her community. But all vampires need to feed. The night she chooses Tobias as her next meal, everything changes. He's far more than he seems, and if she doesn't protect his secret, it could cost him his life.

Can love remind him of who he truly is?

One kiss thrusts Tobias into the dark underground world of Chicago's vampires, where his dragon nature is his only hope of protecting Sabrina. But Sabrina knows the only way to keep him safe is to push him away.