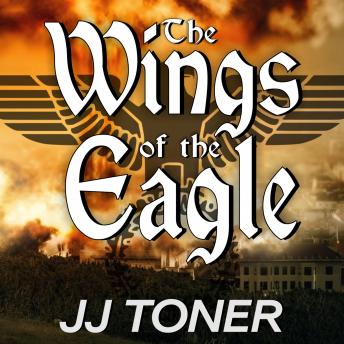 The Wings of the Eagle: A WW2 Spy Thriller

1943: Kurt Muller and a young colleague parachute into southern Germany to rescue a British-Canadian agent. The Allies have won the battle of the Atlantic, and German forces are retreating on all major fronts. The war in Europe is effectively over, but the Nazis will never accept defeat. An Abwehr deserter and member of the German resistance-the Black Orchestra-with a price on his head, Kurt quickly finds himself in a deadly race to prevent the Nazis from developing the first atomic bomb and changing the outcome of the Second World War.

Wings of the Eagle: A WW2 Spy Thriller