Winston Churchill: Man of the Century 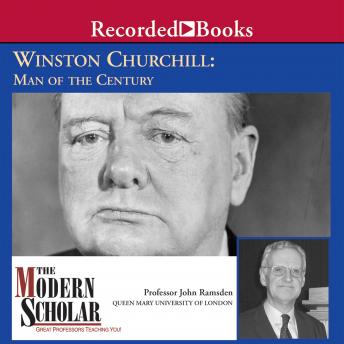 Winston Churchill was seen even in his own lifetime as a historic figure, one of the great men of world history, commemorated all across the world (but especially among the English-speaking peoples) in statues, memorials, streets and schools named after him, and in a plethora of stamps, medals, plates, and other such memorabilia. By his own effort and willpower, Churchill inspired the West in the fights against Fascism and Communism in the 1940s, the consequences of which remain very much with us today, while his name and his legend are still invoked by a wide range of contemporary statesmen. This course of lectures explores Churchill's extraordinary life and his remarkable range of skills and achievements in a sixty-year-long public life. It seeks to answer the question, 'What was it that was great in Winston Churchill?'

Winston Churchill: Man of the Century