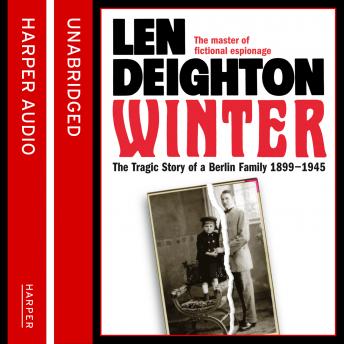 Epic prelude to the classic spy trilogy, GAME, SET and MATCH, that follows the fortunes of a German dynasty during two world wars.

Winter takes us into a large and complex family drama, into the lives of two German brothers - both born close upon the turn of the century, both so caught up in the currents of history that their story is one with the story of their country, from the Kaiser's heyday through Hitler's rise and fall. A novel that rings powerfully true, a rich and remarkable portrait of Germany in the first half of the twentieth century.

In his portrait of a Berlin family during the turbulent years of the first half of the century, Len Deighton has created a compelling study of the rise of Nazi Germany.

With its meticulous research, rich detail and brilliantly drawn cast of characters, Winter is a superbly realized achievement.