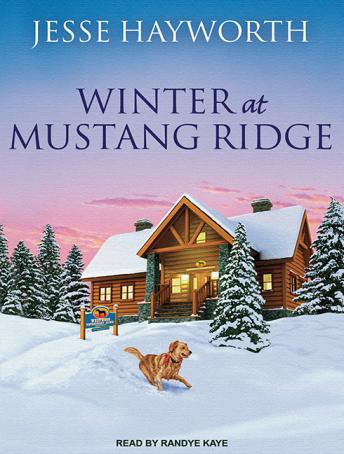 Grateful to her twin for keeping Mustang Ridge in the family, Jenny Skye agrees to return home for a month so that her sister can get away. It's the middle of winter, and only a few year-round staffers, her family, and the animals will be there. But the globe-trotting videographer is soon in way over her head at the dude ranch dealing with reservations, her redecorating-obsessed mother, and the town's hunky new veterinarian.

Despite his adventurous past, Nick Masterson is putting down roots in Mustang Ridge. When a stray dog, a missing family member, and a snowstorm conspire to throw him and Jenny together, there's no denying the blaze of attraction. But can a relationship that began in the heat of the moment turn into something more for a woman who's always been eager to put her hometown behind her?