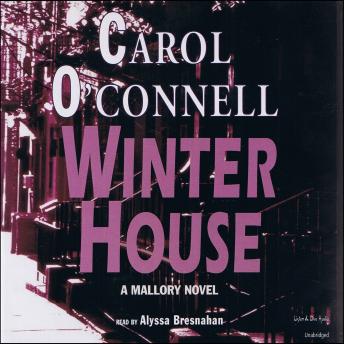 But never has Mallory faced as many surprises as in the case before her now. It seems cut-and-dried at first: a burglar has been caught in the act and killed by an ice pick-wielding homeowner. Except that the home owner turns out to be the most famous lost child in NYPD history, missing for almost sixty years, thought to have been kidnapped following the massacre of her family: five siblings, father, stepmother, nanny, and housekeeper--nearly the entire household wiped out... with an ice pick.

Filled with the intricate plotting and extraordinary characterization that are O'Connell's hallmarks, Winter House is her most powerful-and most astonishing-novel yet.