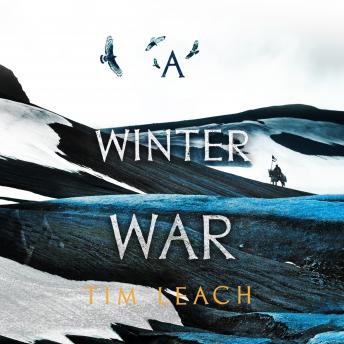 A disgraced warrior must navigate a course between honour and shame, his people and the Roman Empire, in the first of a new trilogy set in the second century AD, from the author of Smile of the Wolf.

AD173. The Danube lies frozen. On its banks gather the clans of Sarmatia, their riders winter starved by sickly herds and blighted crops. Petty feuds cast aside and their disparate numbers united in the face of a great enemy. For across the frozen waters stands the mighty Roman Empire, and its Legion marches ever closer.

But the Sarmatians are proud, and they are cast from the ice itself. They were trained from young to ride and fight and kill on its slippery surface. They cannot lose.

Alone on a bloodied battlefield awakens Kai. Surrounded by the bodies of his people, fallen to the Legion, to have survived is a disgrace. In the aftermath of such defeat, he must navigate a course between honour and shame, his people and the Empire. It is a journey that will take him far to the West, beyond everything he has ever known.