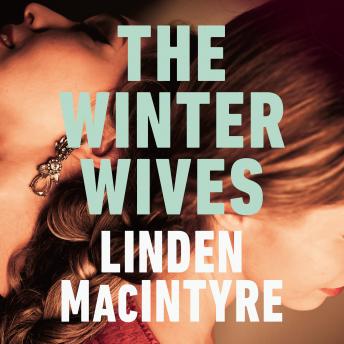 A thrilling new psychological drama from Scotiabank Giller Prize winner Linden MacIntrye, weaving threads of crime, disability and dementia together into a tale of unrequited love and delusion.

Two old friends, who first met in university, get together for a weekend of golfing: Allan, a football hero, worldly and financially successful, and his quieter friend, nicknamed Byron, lame from a childhood injury, a smart fellow who became a lawyer but who has never left home, staying put so he could care for a mother with Alzheimer's.

During a long night of drinking, the fault lines between them start to show. One of the biggest: the two men married sisters, though Allan was the one who walked down the aisle with Peggy, the sister both of them loved, and Byron had to settle for Annie.

Out on the course the next morning, Allan suffers a stroke. In one traumatic moment, he loses control of his life, his wife and his business empire, which turns out to have been built on lies and the illegal drug trade. And Byron has to suddenly confront his own weaknesses and strengths, his tangled relationship with Allan and the Winter sisters—both the one he married and the one he thought was the love of his life. No one will anticipate the lengths to which Byron will go to make sense of his life.