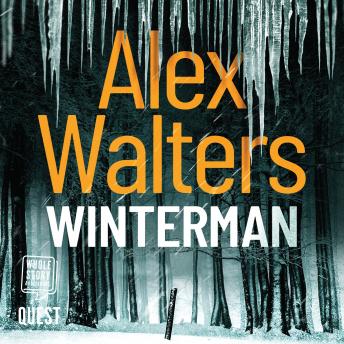 Alex Walters is the bestselling and critically-acclaimed author of the DI Alec McKay series, Winterman is a gripping serial killer thriller which will appeal to fans of Stuart Macbride, and Mark Edwards.

DI Ivan Winterman is a man with a troubled past. The Blitz has left his young son dead and his wife seriously injured. He has made enemies in high places and, with his career going nowhere, he returns to his home town in East Anglia, seeking to rebuild his life in a country gripped by post-war austerity. As the snow begins to fall, a drunken ex-clergyman stumbles on the semi-mummified body of a small child concealed in a ruined cottage. Days later, a second child's body is found in a Fenland dyke. Winterman, supported by a small team of assorted misfits, finds himself uncovering a web secrets in the small rural community. When a further murder victim is discovered, Winterman discovers that the secrets are darker and the threat far more immediate than he'd ever envisaged.