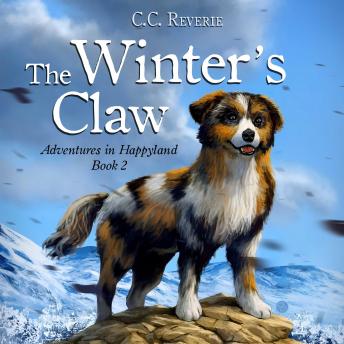 Forced to flee the city of Happyland, Pepper, a stray dog in search for his lost master, takes shelter in a tool shed situated in Tucker’s family backyard. His hopes to remain undetected are ruined when one of the Tucker kids stumbles upon him and takes him inside, as a pet.

For a few days, Pepper enjoys a sweet and safe life. He is groomed, fed and loved. But when he sees his mugshot grinning from some lost-dog posters glued to the lamp poles in the street, he smells trouble. His biggest enemies, the mutts of Tank’s gang, would track him down for sure.

It didn’t even cross his mind that he may also be found by his master. And before long, a man rings the doorbell at Tucker’s, presenting himself as the dog’s owner. Pepper should be happy, but is he?

The Winter’s Claw follows Pepper and his friends - Puppanela, a female dog, Wizzy, a wizard mouse, and Hank, a newspaper journalist, - on a journey from heaven to hell, in which the party takes on a fight against human malice.

The Winter’s Claw, the second instalment of the series Adventures in Happyland, is a survival story about a reluctant hero and the quest of his life.