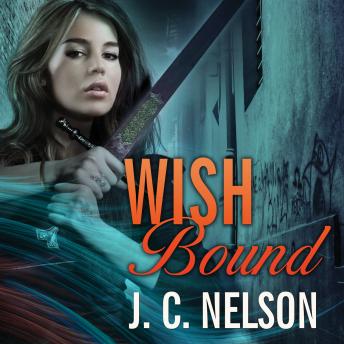 Even when she's not starting it, trouble follows Marissa everywhere. First there was the incident with the homicidal Fairy Godmother. Then there was the time she accidentally started Armageddon. But the problems that always seem to arise on Marissa's birthday take the cake.

This year, her annual bad-luck presents include an army of invading goblins, the resurrection of two vengeful enemies from hell, and the return of the Black Queen, the evil sorceress whose reign of terror still haunts Kingdom and who happens to have claimed Marissa as her servant.

As Marissa's friends try to save her from the Black Queen's clutches, Marissa fights to end a bitter war that started before her birth. But her quest for peace is about to bring up some inconvenient truths about her own past-ones that might cost her the happily ever after she's always dreamed of . . .