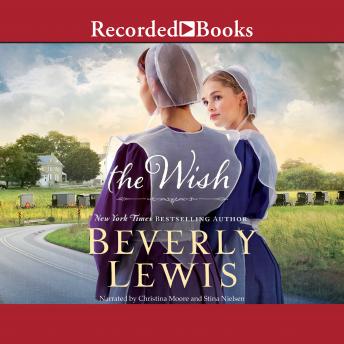 Leona lost her best friend the day Gloria's family was expelled from the Amish church. When she receives an unexpected letter from Gloria, Leona makes up her mind go after her friend. To the alarm of her fiance, a deacon's son, she sets out on a mission to persuade Gloria to return to the Amish church. Will Leona's dearest wish lead to her own undoing? A compelling story of friendship from the top author in Amish fiction Leona Speicher got the 'sister' she'd always dreamed of the day Gloria Gingerich and her family moved to Lancaster County Amish farmland. The Arkansas newcomers seem to be everything a devout Plain family should be, and Leona can't help comparing Gloria's engaging young parents to her own. Leona's cousin shows a romantic interest in Gloria around the same time as Gloria's older brother expresses his fondness for Leona--it seems likely the two young women will marry into each other's families, remaining close friends for life. Thus, Leona is shocked when the Gingeriches suddenly pack up and disappear after being expelled from the church for reasons no one will discuss. Despite Leona's pleas, Gloria goes with them, leaving more than one broken heart behind. When Gloria unexpectedly contacts Leona after a silence of several years, Leona makes up her mind to persuade her friend to return to Lancaster County and the Amish ways. Leona's fiance, the deacon's son, is alarmed when Leona decides to go after Gloria. Will Leona's dearest wish lead to her own undoing?