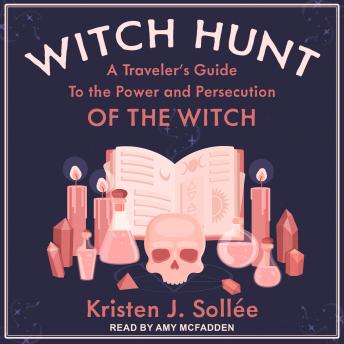 Witch Hunt: A Traveler's Guide to the Power and Persecution of the Witch

Traveling through cities and sites across Italy, France, Germany, Ireland, the United Kingdom, and the United States, Kristen J. Sollee-a second-generation witch herself-explores the witch as a figure of female power and persecution. By infusing an adventurous first-person narrative with extensive research and imaginative historical fiction, Witch Hunt captures the magic of travel to make an often-overlooked period of history come alive.

Between the fifteenth-seventeenth centuries, a confluence of political, economic, and religious factors inspired witch hysteria to ignite like wildfire across Europe, and, later, parts of America. At the heart of the witch hunts were often dangerous misconceptions about femininity and female sexuality, and women were disproportionately punished as a result. Today, this lineage of oppression remains an important reference point through which we can contemplate women's rights-and human rights-in the Western world and beyond.

Witch Hunt isn't only an exploration of the horrors of history, but also uncovers how the archetype of the witch has been rehabilitated. For witches are not just haunting figures of the past; the witch is also a liberatory icon and identity of the present.