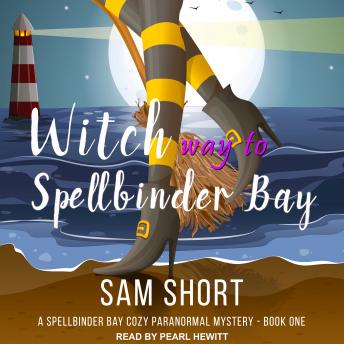 Would you drop everything and move to a town with a peculiar name, because an odd little man made you a strange offer?

Millie Thorn did, and she could never have guessed what mysteries and revelations were awaiting her in the magical town of Spellbinder Bay.

After witnessing a murder on her first day in the bay, Millie is cast into a world she never knew existed-a world of magic and the paranormal, and a world where it's seemingly normal to have a conversation with a cockatiel named Reuben.

Learning she is a witch becomes relatively simple to accept after discovering what other paranormal creatures populate the town, and with ever more mysterious clues about her life coming to light, it's not just a murder she must solve. She must discover who she is, and why she feels like she's been to the town before. Is it just dejà vu? Millie isn't so sure.

With talk of another dimension known as The Chaos, and with an unlikely board of directors running the local school-there's a lot for Millie to learn, and should she decide to stay in town-a lot for her to accept, too.

Did Millie make the correct decision when she decided to move to the bay? Only time will tell.