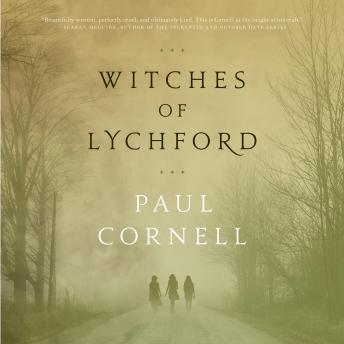 The villagers in the sleepy hamlet of Lychford are divided. A supermarket wants to build a major branch on their border. Some welcome the employment opportunities, while some object to the modernization of the local environment.

Judith Mawson (local crank) knows the truth -- that Lychford lies on the boundary between two worlds, and that the destruction of the border will open wide the gateways to malevolent beings beyond imagination.

But if she is to have her voice heard, she's going to need the assistance of some unlikely allies...

PRAISE FOR Paul Cornell's THE WITCHES OF LYCHFORD

'At once epic and terribly intimate. This is the story of a village, not a city, and all the more powerful for that; not all big fantasy needs an urban setting. Beautifully written, perfectly cruel, and ultimately kind. This is Cornell at the height of his craft.' — Seanan McGuire, New York Times bestselling author of the InCryptid and October Daye series

'Rich in charm... local politics and witchcraft writ small and personal, but large in consequence. [Cornell] adeptly describes the emotion of magic; its effects and internal ignition of wonder. The feel of being exposed to magic for the first time and the feel of doing magic and having it done to you have never been better described in any story.' — Bill Willingham, author of Fables and Down the Mysterly River

'Masterfully creepy and sinister, all the more so for taking place in the beautifully drawn English countryside.' — Jenny Colgan, author of Doctor Who: Into the Nowhere