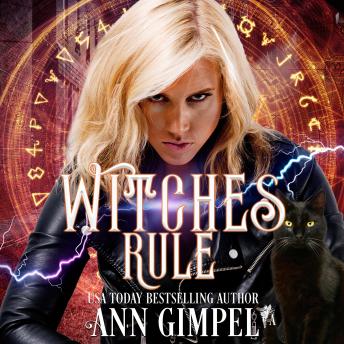 Urban Fantasy Romance With a Heaping Side of Hexes, Spells, and Magick!
Jenna's a special witch, sort of, when her magic works, which it often doesn't. One of three remaining demon assassins, she and her sister witches, Roz and Colleen, are Earth's only hedge against being overrun by Hell's minions. On the heels of Roz's and Colleen's weddings, Jenna is headed for the U.K. when a demon confronts her. Any other witch could teleport out of the plane, but not her. Frustration about her limited power eats at her. It would be pathetic to get killed for lack of skills a teenager could master.
Tristan is a Sidhe warrior, but his primary gift is attunement to others' emotions. He fell hard for Jenna, but hasn't had an opportunity to act on their attraction beyond a few kisses because she returned to Alaska, and he's been in the field fighting demons.
As seer for the Sidhe, Kiernan is haunted by visions, particularly an apocalyptic sending that seems to be coming true. A confirmed bachelor, he doesn't understand his attraction to Jenna, but it's so strong he can't fight it. After a while, he doesn't even try, despite recognizing Tristan's claim to her.
Startling truths surface about Jenna's magic, and then there's the problem that she's falling in love with two very different men. At first she believes she has to pick one of them, but her spirit refuses to walk away from either. It's impossible to choose between a seer with dreams in his eyes and a beautiful man who intuits her every need. Standing on the verge of Earth's destruction, will she defy convention and follow the song in her heart?

This title is due for release on February 24, 2017
We'll send you an email as soon as it is available!