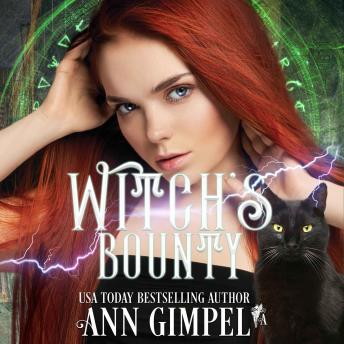 Urban Fantasy Romance, With a Heaping Side of Hexes, Spells, and Magick!
One of three remaining demon assassin witches, Colleen is almost the last of her kind. Along with her familiar, a changeling spirit, she was hoping for a few months of quiet, running a small magicians' supply store in Fairbanks, Alaska. Peace isn't in the cards, though. Demons are raising hell in Seattle. She's on her way to kick some serious demon ass, when a Sidhe shows up and demands she accompany him to England to quell a demon uprising.
Gutsy, opinionated, and outspoken, Colleen refuses to come. Witches need her help, and they trump everything else. Despite breaking a prime Sidhe precept concerning non-interference in mortals' affairs, Duncan offers his assistance. Colleen fascinates him, and he wants to discover more about her. Lots more.
The Sidhe might be the best-looking man Colleen's ever stumbled over, but she doesn't have time for him-or much of anything else. She, Jenna, and Roz are Earth's only hedge against being overrun by Hell's minions. Even with help from a powerful magic wielder like Duncan, the odds aren't good and the demons know it.
Sensing victory is within their grasp, they close in for the kill.