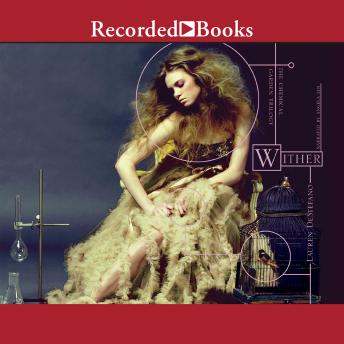 Lauren DeStefano makes a stellar debut with this chilling tale. The first installment of a planned trilogy, Wither introduces listeners to a bleak world where a mysterious disease kills most women by the age of 20 and men by the age of 25. Like many girls her age, 16-year-old Rhine has been captured and forced into marriage in an effort to keep the population growing. But, despite her new husband's wealth, she wants nothing more than to escape her servitude and return home before time runs out.