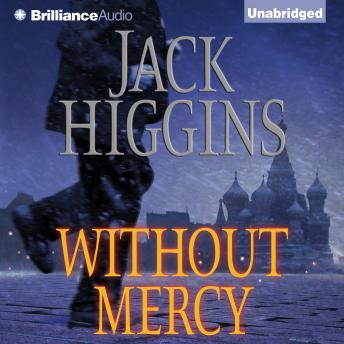 On the pavement, Hannah Bernstein was trying to haul herself up, clutching at the railings as Dillon got to her. "You're all right, just hold on to me." But there was blood coming down her face, and he was afraid. In Jack Higgins's acclaimed bestseller Dark Justice, intelligence operative Sean Dillon and his colleagues in Britain and the United States beat back a terrible enemy, but at an equally terrible cost. One of them was shot, another run down in the street. Both were expected to survive - but only one of them does. As Detective Superintendent Hannah Bernstein of Special Branch lies recuperating in the hospital, a dark shadow sent by a figure from the past steals across the room and finishes the job. Consumed by grief and rage, Dillon, Blake, Ferguson, and all who loved Hannah swear vengeance, no matter where it takes them. But they have no idea of the searing journey, both physical and emotional, upon which they are about to embark - nor of the war that will change them all. Filled with dark suspense, driven by characters of complexity and passion, this is a novel that once again proves that, in the words of the St. Louis Post-Dispatch, "Jack Higgins is the dean of intrigue novelists. He has no equal."