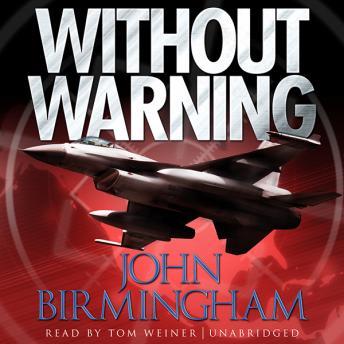 On the eve of the US invasion of Baghdad, as the world waits for war, a miles-high wave of incredible power cordons a vast area from southern Canada to northern Mexico, wiping 99 percent of the US population from the face of the earth in the blink of an eye. In Seattle, at the very edge of the phenomenon, heroes must rise to meet the unimaginable challenges of food riots, mass panic, and terror. James Kipper, chief engineer of the city, and Caitlin Monroe are on the trail of a Muslim fanatic ready to take advantage of what has become known as the Disappearance. Meanwhile, General Tusk Musso and Admiral James Ritchie are trying desperately to keep the peace in a world gone mad with fear.
Gritty, suspenseful, and thought-provoking, Birmingham’s audacious geopolitical thriller asks what would happen to the world if America suddenly disappeared.