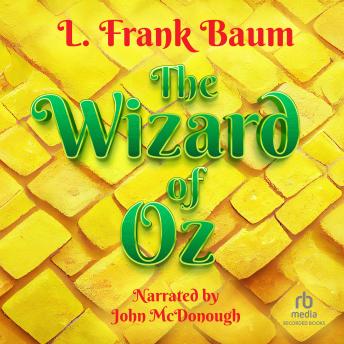 The Wizard of Oz

Everyone who met him agreed that L. Frank Baum was a born storyteller, but when The Wizard of Oz was published in 1900, its phenomenal success still surprised him. This American fairy tale was a radical departure from the religious and moral tales that were the standard fare of children's literature at the turn of the century. It became so popular that avid readers urged Baum to write thirteen more books in the best-selling Oz series. After Dorothy and her dog, Toto, are whisked away from Kansas by a cyclone, they embark on a remarkable odyssey accompanied by the Scarecrow, the Tin Woodsman, and the Cowardly Lion. As they travel through enchanted lands toward the Emerald City, they find perils and colorful opponents including the wonderfully evil Wicked Witch. The story and characters of The Wizard of Oz are beloved by generations of readers and moviegoers.