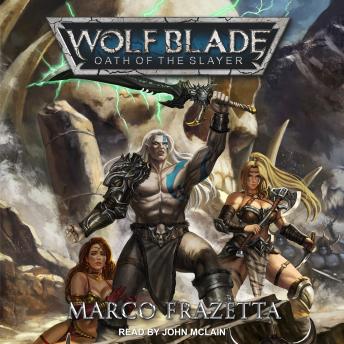 Wolf Blade: Oath of the Slayer

Once, he was known as the Cold Ax of the North. Heads piled at his feet, and he was feared by all on the battlefield.

Now, Rothan is a prisoner. He is forced to fight as a gladiator for the entertainment of his hated Imperial enemies. Five years of this humiliating captivity, and he has almost completed his sentence. Just three more days and he is free.

However, here in this wretched Imperial City, he has come to love one thing: the desertland concubine, Bellabel. He must find a way to win her freedom, to take her with him to the North. She must be his.

And so, he enters into a bargain with the Ringmaster of the City, a bargain for her freedom, a bargain which will catapult him into a far more twisted fate than he ever imagined.

Wolf Blade: Oath of the Slayer