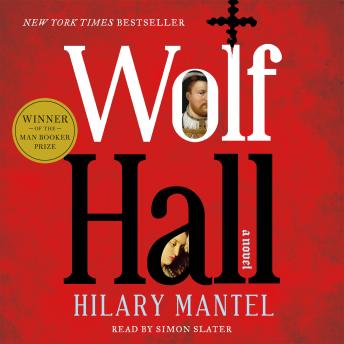 In the ruthless arena of King Henry VIII's court, only one man dares to gamble his life to win the king's favor and ascend to the heights of political power

England in the 1520s is a heartbeat from disaster. If the king dies without a male heir, the country could be destroyed by civil war. Henry VIII wants to annul his marriage of twenty years, and marry Anne Boleyn. The pope and most of Europe opposes him. The quest for the king's freedom destroys his adviser, the brilliant Cardinal Wolsey, and leaves a power vacuum.

Into this impasse steps Thomas Cromwell. Cromwell is a wholly original man, a charmer and a bully, both idealist and opportunist, astute in reading people and a demon of energy: he is also a consummate politician, hardened by his personal losses, implacable in his ambition. But Henry is volatile: one day tender, one day murderous. Cromwell helps him break the opposition, but what will be the price of his triumph?

In inimitable style, Hilary Mantel presents a picture of a half-made society on the cusp of change, where individuals fight or embrace their fate with passion and courage. With a vast array of characters, overflowing with incident, the novel re-creates an era when the personal and political are separated by a hairbreadth, where success brings unlimited power but a single failure means death.

Wolf Hall is a wonderfully gripping historical novel. It's a bit slow at first, but I found the audiobook easier to get into than the book (which I attempted to read first). The narrator does such an excellent job at embodying Cromwell and at depicting the often eccentric natures of his friends and foes. I highly recommend it to lovers of history!

This was a good book but sometimes hard to follow if even slightly distracted. I still am not sure if I like Cromwell or not which I think shows good writing. It is informative and the characters are well developed but they don't come across as too horrible or too wonderful. I do wish that I had some emotion for the characters one way or the other, but over all it is an interesting book.

Just so much death brought about by Henry VIII, made listening difficult but I got through it. Excellent writing and narrating but a gory history of the English in particular and humanity as a whole.

I enjoyed this audiobook so much I have listened to it start to finish at least four times now. This book is Hilary Mantel's masterpiece.

Remarkable how the narrator shifts consistently and beatifully between character voices throughout a story that is so well told.