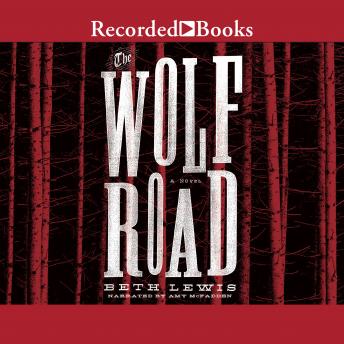 True Grit meets The Road in this postapocalyptic psychological thriller--narrated by a young girl who has just learned that her adopted father may be a serial killer, and that she may be his next victim. Everything Elka knows of the world she learned from the man she calls father, the solitary hunter who took her under his wing when she was just seven years old. He has taught her how to shoot, track, set snares, and start fires-all the skills she needs to survive in a frozen, lawless land where civilization has been destroyed and men are at the mercy of the elements and each other. But the man Elka thought she knew so well is harboring a terrible secret. He's a killer. A monster. And now that Elka knows the truth, she too is in danger. Armed with nothing but her knife and the survival skills he's taught her, Elka makes her escape and sets out on a journey to the frozen north in the hope of finding her long-lost parents. But judging by the trail of blood and bodies dogging her footsteps, daddy won't be letting his little girl go without a fight. If Elka's going to survive, she'll have to turn and confront not just him, but the truth about what he's turned her into. The Wolf Road is an intimate, cat-and-mouse tale of justice and revenge, played out against a vast, unforgiving landscape--told by an unforgettable, tough-as-nails young heroine whose struggle to escape the terrors of her past and rejoin humanity are at once horrifying and heartbreaking.