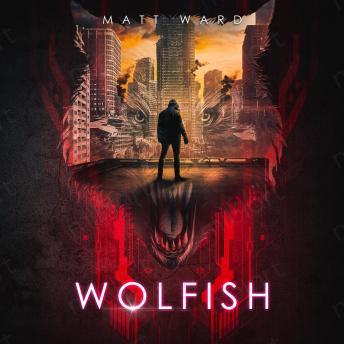 Narrated By: Not Yet Available

His impossible hybrid rebellion crushed the immortal government. But then, his wife died, and his unborn son, both at the hands of his all-powerful father.


Now a cripple, Raek must rise once more to fulfill his wife’s dying wish: to unify the splintered species of humanity... Even the cyborgs and fallen immortals push for war, revenge, and the absolute decimation of the once subservient hybrids.


Unimaginable destruction amidst a veneer of peace, until a mysterious figure from Raek’s past emerges once more.


Overnight, Raek’s world is obliterated. Politics, power, betrayal… a new world order? There’s a war coming for humanity’s future, one with murder, massacre, and intrigue. An awful game, yet all that stands between tyranny and total destruction is a seventeen-year-old wolfish warrior with built-in blasters, and a dying promise he dare not break.


Welcome to 2097, the beginning of the end, or of something much greater. Only time will tell.


Wolfish is the second in the Wolfish YA dystopian series that features broken immortality, post-apocalyptic political intrigue, and impending genetic war. If you like dark sci-fi technothrillers, fast-paced adventure, and surprising science fiction, are a fan of Divergent, Red Rising, or the Hunger Games, or love dystopian teen classics like the Handmaid’s Tale, Brave New World and Ender’s Game, you’ll love this explosive speculative fiction thriller.


'a dystopian thrill ride that ratchets up the action with each page.' --Jacqui Castle, best selling author of The Seclusion


Buy Wolfish today for a breakneck scifi whirlwind… right up to its astonishing conclusion!