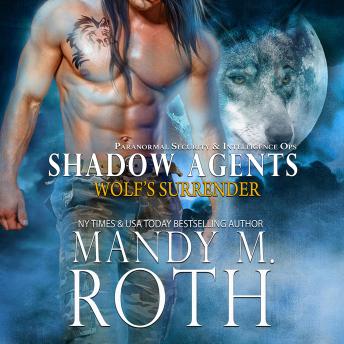 Book One in the Immortal Ops World Spin Off Shadow Agents / PSI-Ops!

Total surrender doesn't come easy to a natural born alpha. Shape-shifting Special Operative Brad Durant has been held against his will by the enemy for nearly a year. He's given up hope and is fast giving up his will to survive, that is until a hot-tempered, redhead succubus is placed in the cell next to his. She calls to his wolf on a primitive level and he won't let anyone or anything harm her. Giving his body to the little minx is easy, but guarding his heart is much harder.