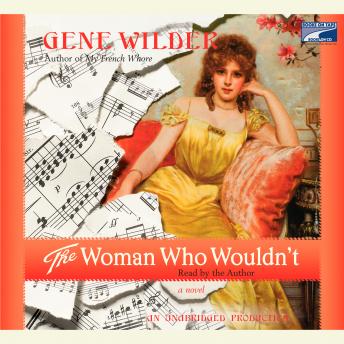 The Woman Who Wouldn't

The beloved actor and screenwriter’s second novel, set in 1903, stars a young concert violinist named Jeremy Webb, who one day goes from accomplished adagios with the Cleveland Orchestra to having a complete breakdown onstage. If he hadn’t poured a glass of water down the throat of a tuba, maybe he wouldn’t have been sent to a health resort in Badenweiler, Germany. But it’s in that serene place that Jeremy meets Clara Mulpas, whom he tries his hardest to seduce.

Clara is so beautiful that Jeremy finds it im­possible to keep from trying to detect a chink in her extraordinary reserve and elegance. He realizes he is reflexively flirting to get a reaction–after all, a tease and a wink have always worked before, with women back home. But flirting probably isn’t the best way to appeal to a woman who was married to a dumb brute and doesn’t want to have anything more to do with men. Jeremy isn’t sure how to press his case–but he won’t give up.

Wilder’s prose is elegant, spare, and affecting. But it’s his romantic’s eye for the intense emotions that animate a real love story that makes THE WOMAN WHO WOULDN’T an unforgettable audiobook.