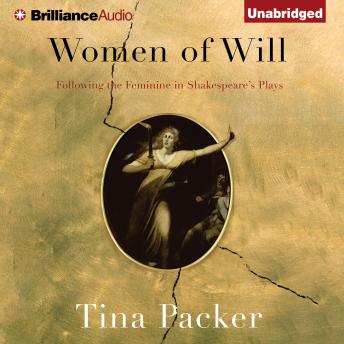 Women of Will: Following the Feminine in Shakespeare's Plays

Women of Will, a narrative combining trenchant analysis and riveting scenes, explores the themes of love, loss, freedom, control, violence, and power through the heroines of Shakespeare’s text. Drawing on her knowledge as director, actor, and teacher, Packer traces the chronological evolution of Shakespeare’s female characters and examines Shakespeare’s own journey and growth as a writer from feckless misogynist in his youth to committed lover in his middle years to unrepentant feminist in his final years. Based on her five-part theatrical performance of the same name (currently touring throughout the world), Women of Will, combines the knowledge of performance, discussion, and debate with the dramatic tension stemming from the influences Shakespeare responded to in his life, and from Packer’s desire to show how powerful and distinct the women characters are in his plays. From Beatrice in Much Ado About Nothing to Lady Macbeth to Paulina in A Winter’s Tale and everyone in between, Women of Will gives a unique and exhilarating perspective on some of the most well-known classical texts in the English language.

Women of Will: Following the Feminine in Shakespeare's Plays