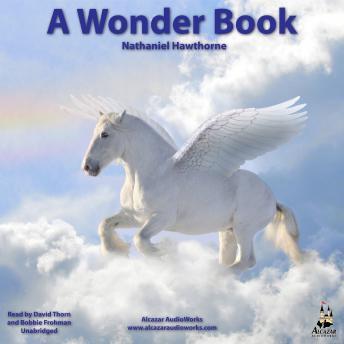 The colorful characters from Greek mythology come alive in exciting adventures captured by the author of The House of the Seven Gables and The Scarlet Letter. Ride Pegasus, open Pandora' Box, kill Medea with her head of many snakes, join Hercules as he flexes his muscles and King Midas as he turn his daughter into gold. The stories, moral in tone, are totally riveting.

A Wonder Book includes:
1. The Gorgon's Head
2. The Golden Touch
3. The Paradise of Children
4. The Three Golden Apples
5. The Miraculous Pitcher
6. The ChimÃ¦ra

AUTHOR
Nathaniel Hawthorne (1804-1864) is considered to be one of the greatest American authors of the nineteenth century. Born in Salem, Massachusetts, he used Puritan New England as a setting for many of his short stories, allegorical tales, and novels. The Scarlet Letter, Hawthorne's masterpiece, has never been out of print since it was first published in 1850.
"