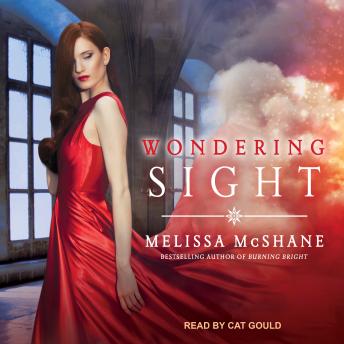 Sophia Westlake is an Extraordinary Seer, gifted with the ability to see past, present, and future in Dreams and Visions. Her talent led to the destruction of the Caribbean pirates plaguing England's shipping and gained her renown and the accolades of her peers. But when she accuses a prominent politician, Lord Endicott, of embezzling from the Army, her Dream is 'proved' false and she is disgraced, her reputation ruined and her career in the Army's War Office over.

Humiliated, Sophia returns to London, but Lord Endicott follows her, intent on making her life increasingly miserable. Furious and desperate, Sophia takes the only course left to her: she sets out to discover Lord Endicott's criminal enterprises, to expose him and bring him to justice.

Sophia's allies are few, but loyal. Cecy, her best friend, supports Sophia in her quest, while her cousin Lady Daphne, an irrepressible Extraordinary Bounder, is always ready for a challenge that will strike at Lord Endicott's heart. And always watching her is the mysterious Mr. Rutledge.

But as Sophia delves deeper into prophetic Dreams, Cecy and Daphne begin to fear for Sophia's health and sanity.