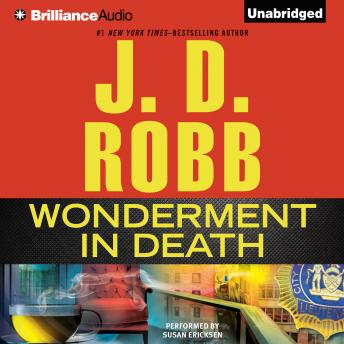 Someone is hosting dangerous tea parties in 2061 New York in #1 New York Times bestselling author J. D. Robb’s novella.
Things aren’t what they seem when Lieutenant Eve Dallas investigates what appears to be a routine murder/suicide. When friends of Darlene and Marcus Fitzwilliams insist Darlene would never harm her brother, Eve digs deeper.
Eve learns that Darlene sought help from sensitives, psychics, and doctors of paranormal studies in an attempt to contact her dead parents. After clues mimicking Alice in Wonderland repeatedly turn up, the case gets curiouser and curiouser….
Racing against the clock, Eve must travel down the rabbit hole to stop a madman’s murderous tea party.